Logan Pass in Glacier National Park, Montana- I made it to the top before the road is closed to cyclists. All down hill from here!

I had arrived at the campground late- probably close to 1am. I had taken a few hours off earlier in the day to hangout at a farmers market and it was now super dark. I wasn’t even positive that I was in the hiker/biker camp. But it was still somewhat familiar.  I was in Glacier National Park and had just ridden 151 miles on the 6th day of my Seattle to Minneapolis bike tour on the Adventure Cycling Association Northern Tier Bike Route.  The Lake McDonald campground is the same one I had stayed at 5 years earlier, the night before Steevo and I started the Great Divide Mountain Bike Route at the Canadian border. Five years already? Earlier in the day, in Whitefish, Montana, I took my time eating snacks, drinking coffee, people watching… I knew it’d get me to camp late, but I didn’t care. That’s the wonder of bike touring. Sure, I missed the beauty of approaching the park in the daylight, but riding along the nearly empty road, under the trees, with a chilling wind coming off the lake has its own merit.  The only issue? The next day was the only morning on my entire trip where I had to wake up early. In Glacier National Park they limit the times you can ride Going to the Sun Road and I had to be over Logan Pass in the morning if I was going to get in 125+ miles.

But I was too elated to be bike touring to care. When I rode from California to Pennsylvania in 2001 it triggered something in me about self-reliance, exploration and physical effort that has greatly impacted my path in life. All of these double centuries, brevets, 24-hour mountain bike races, probably wouldn’t be happening if it wasn’t for bike touring. And here I was years after my last big tour, crossing Montana again, this time East-West, instead of North-South. I’m positive that I fell asleep smiling that night.

This trip materialized after some changes in my personal life freed up a few weeks of my summer.  I had  ‘rack-free’ touring bags from my attempt at the Arizona Trail Race that fit my road bike, so why not? I had friends in both the Northwest and Midwest I was dying to see and there are still a few states I have never ridden in that I could hit by riding between the two regions: North Dakota, South Dakota, Minnesota.

First I had to link up to the Northern Tier Route from Seattle so I contacted the Seattle Randonneurs who were insanely helpful. A few days later and I had a turn-by-turn 137-mile route to Newhaven, Washington, which sits on the route at the base of the Northern Cascades.  Here I’d have my first night of camping. Finding tofu and veggies at the tiny store in Marblemount only added to the excitement. Bike touring again, finally! There’s something special about riding all day, watching the light change as the sun sets behind you and topping it off with a quiet dinner in the woods. Really, is there anything better in the world? 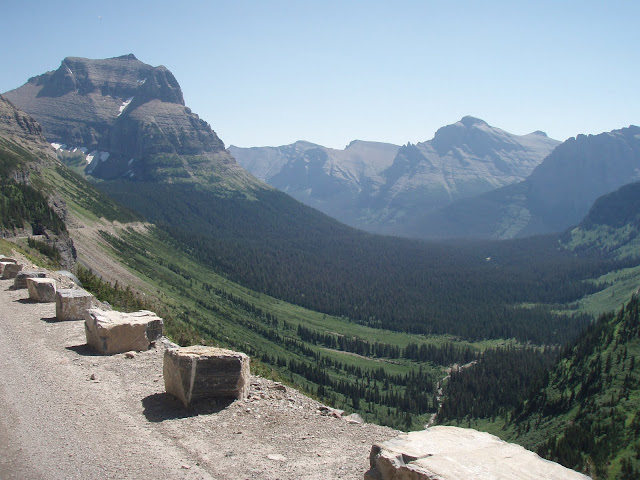 Looking east from Logan Pass- all downhill from here.

I knew from the elevation on the maps I had that there was going to be some serious climbing over the next few days. I was extra stoked to have my race bike and to be traveling super light- my bags and gear were down to about 15 pounds. This includes stuff for cooking, sleeping and even rain gear. What I wasn’t expecting was the heat! It was nearly 100 degrees and super sunny on Rainy Pass!  Even though I averaged 138 miles a day, I wasn’t pushing super hard or riding all night, but I did have to limit my breaks and keep a healthy pace. This was tough through the mountains but became increasingly easier as I headed East.

By the time I hit Montana the weather was less hot, all but one of the big climbs was behind me and my legs were getting used to my daily effort. I was in a routine and had gotten my re-supplies timed so that I only had to carry, at most, one full day of meals. Often I’d time a store so I could pick up food for dinner and breakfast just a few hours before dinner time. And did you know that tiny towns all over NW Washington and Montana have co-ops? I scored seriously great vegan food almost every day.

In Montana I crossed Logan Pass and then cut through the Blackfeet Indian Reservation to cut out the Northern Tier section through Canada. From here: flat and open plains. Tiny, dirt-road towns situated around train stops, not the highway. One could see the next town from 20 miles away. I’d count the number of cars on the trains to pass the time. So few vehicles would pass me on the road that when they did, I’d be startled. It was joyous. And the people of Montana! I took a half day in Shelby to do email/internet and grab my box at the Post Office and it took way longer than expected because so many friendly folks wanted to chat. Love it. 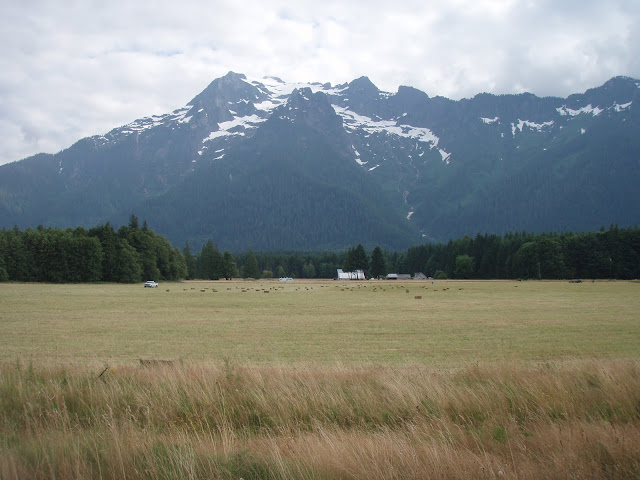 In North Dakota apparently I missed a re-route because I was, for the first time, on a busy highway with trucks and no shoulder. In Minot I picked up another package, hung out at a friendly bike shop and enjoyed the big city. I pushed on to Fargo, camping in small town parks along the way, where I sat down to eat a meal out that wasn’t just breakfast potatoes. Fargo felt like Los Angeles compared to where I had been for the past week!

Fargo is also where I veered off of the Northern Tier for the sole reason of riding through a new state- South Dakota. And let me tell you, having great maps to read with a plethora of information really is comforting when you are traveling in unfamiliar territory, alone. Once I was off those maps I was reliant on my notes and getting reception on my phone. I think it was just getting dark when a county road I was assured was paved turned to gravel…I needed to detour. That made for a long day toward the end of a long-ish trip where I was getting tired. Funny what expectations will do- as I neared the end I wanted to be at the end. My limits of traveling or just something that happens when you reach the near end of any endeavor? My guess is the latter… 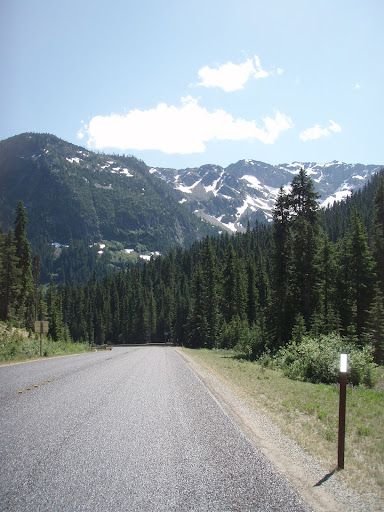 One of the huge passes in the Cascades.

But South Dakota came and went and before long I was in the final state of the trip- Minnesota. Still ‘off-route’ I was guessing my way across and searching for a 60-mile rail-to-trail a bike mechanic back in Minot had told me about. A bike shop (yet again!) set me on the right path, despite their apprehension due to its perceived banality.  I was excited t not have to navigate for 60 miles! That path came and went and before too long it was dark and I had to accept the fact that Minneapolis would have to wait till morning.  I camped behind some trees on a farmer’s driveway and thought, ‘it’s late, no one will come down here’ and for the second night in a row I was caught sleeping somewhere I wasn’t suppose to be! The night before someone had called the police on me, which is a first, as I was setting up camp next to a barn on what I thought was public property (the police kindly directed me to a park ‘with picnic tables and a better place to sleep’). 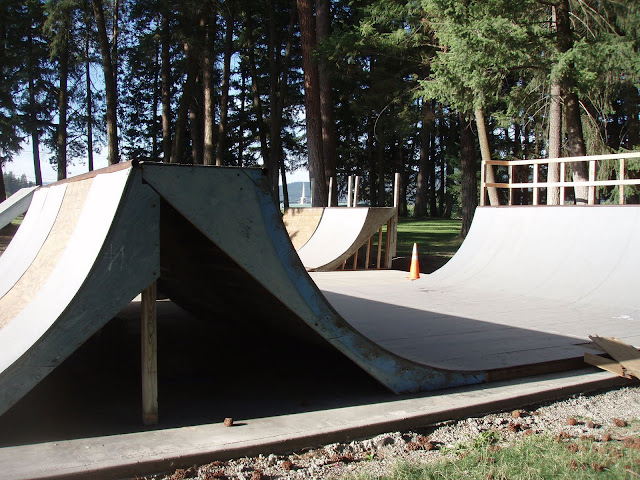 I slept under this half pipe one night- some things never change. Somewhere in Eastern Washington.

And the next morning, I woke up just like the previous 14 mornings, packed up my stuff, made some coffee and breakfast and pedaled toward my next destination. But this day would be the last of my trip and would end very special- with vegan pizza! I rolled into Minneapolis in the late morning and quickly found the bar with the great vegan food I had heard so much about. I ordered, changed out of my kit and suddenly I was just another guy with a bike eating an entire large pizza. I did like most people would do- I posted to twitter and sat back and thought about the previous 15 days. How quickly they passed! I already missed them. Sure bike touring can be physically difficult and things can go wrong, but there’s something so peaceful about it. You wake up, you eat, you ride, you look around and you think. It’s easy, in a lot of ways.  I’ve come to so many life conclusions while bike touring. I’ve come to peace with many internal conflicts. I’ve ridden myself to tears even! And I love it so.

This story is very late and my photos are out of order, but I hope you get a feeling for what it is like to travel by bike for a few weeks over a couple thousand miles. When I look back on my life over the previous ten years I often smile biggest when I think about the times I’ve spent on one of these trips.  But don’t take it from me, start planning your next bike tour whether it is your first, or your hundredth!

Lastly, too many people to thank! You know who you are. And I can’t thank you enough.  Especially the local bike shops. Remember next time you want to order online to save some money- Amazon won’t give you directions when you’re lost on a bike tour. 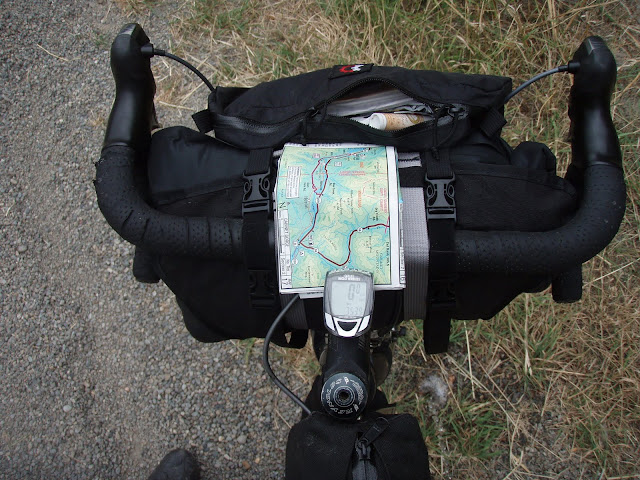 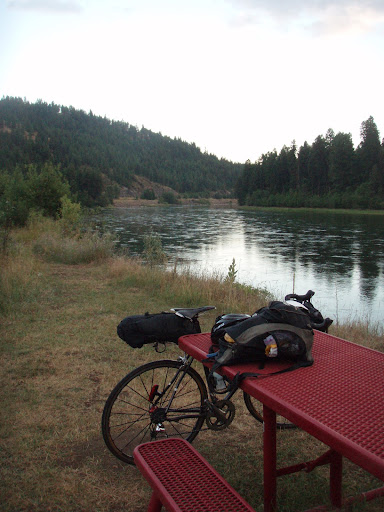 River at campground in northwest Montana. This photo does no justice.... 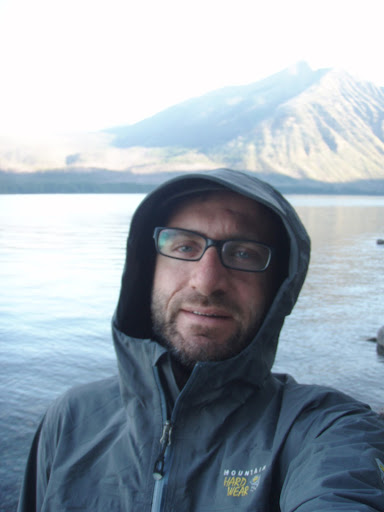 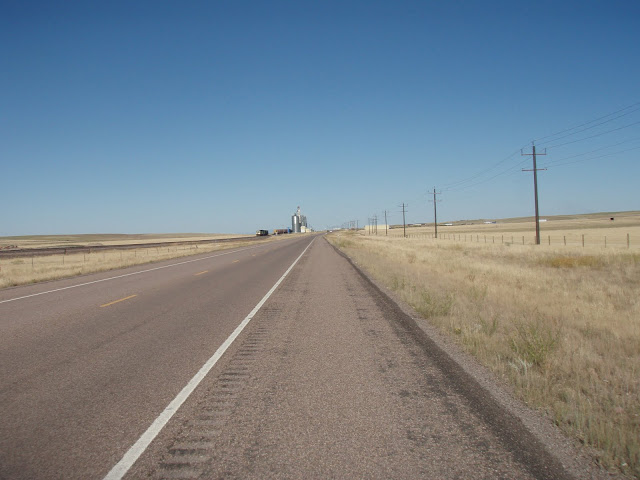 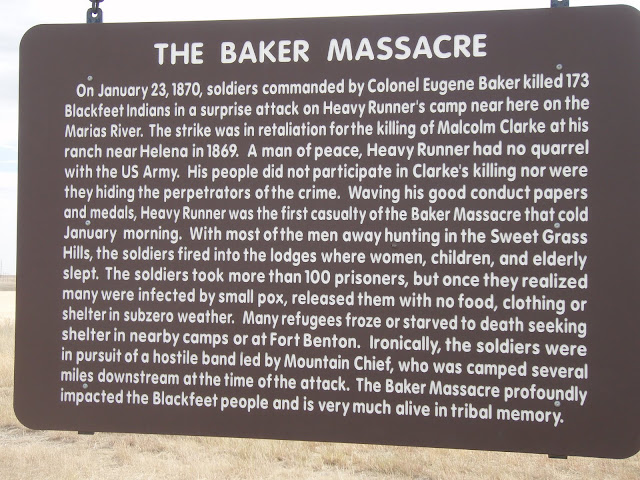 The Baker Massacre. Props to Montana for educating people about history and not trying to hide this. 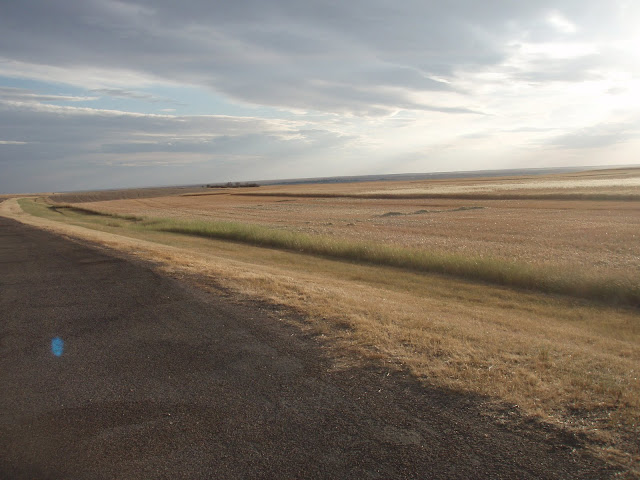 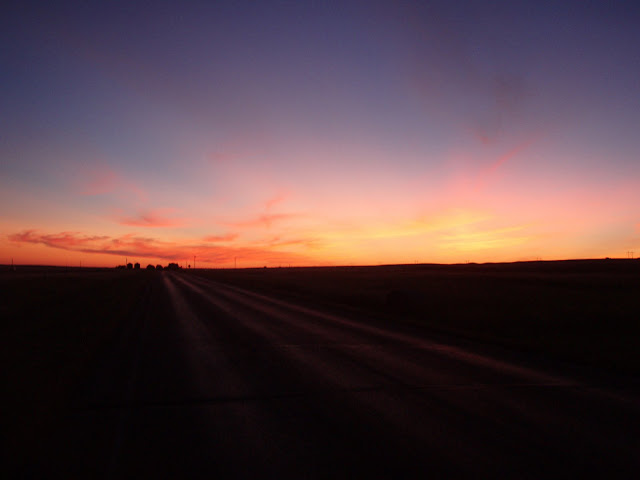 It's a privilege to be outside for the sunset every night. 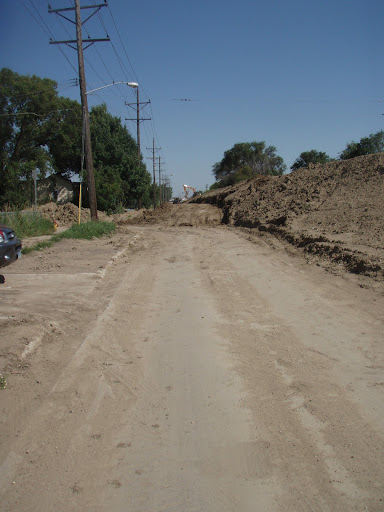 Minot North Dakota road out from flooding! Had to find a new way out of town. 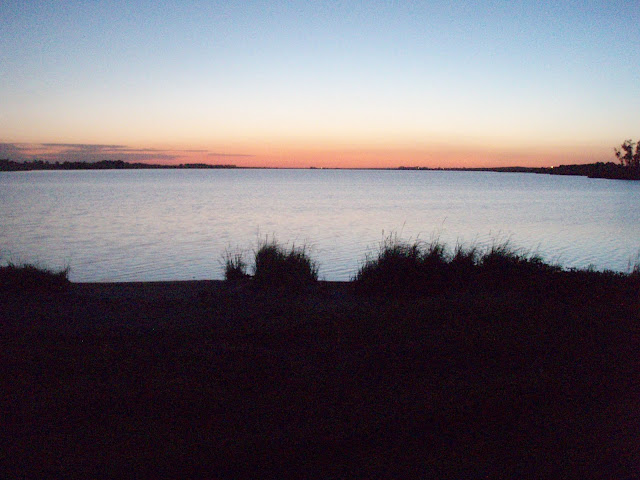 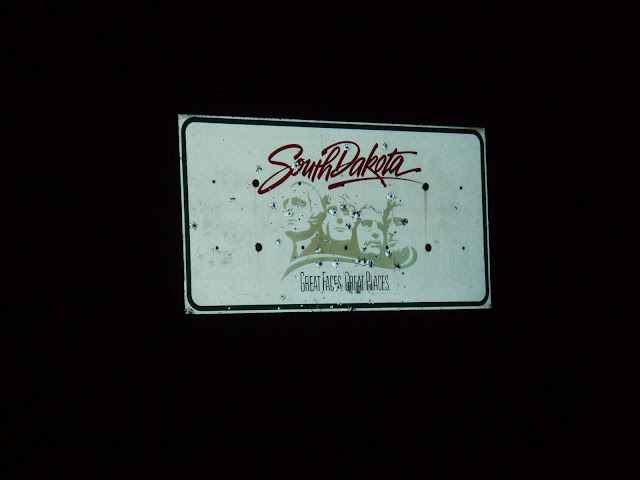 I cut the tiniest route through South Dakota ever- and at night. Still counts, right? 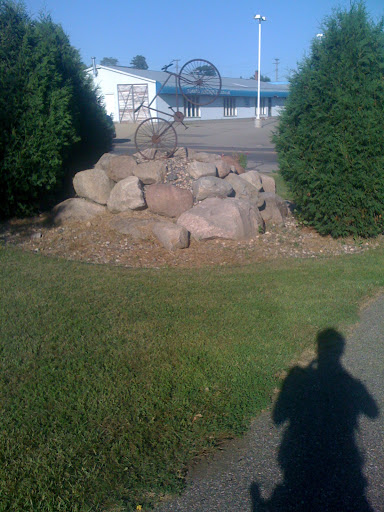 60 mile rail to trail in Minnesota End point. The last city sign sprint of the trip!