Following Le Tour and Why I Love the Norwegians 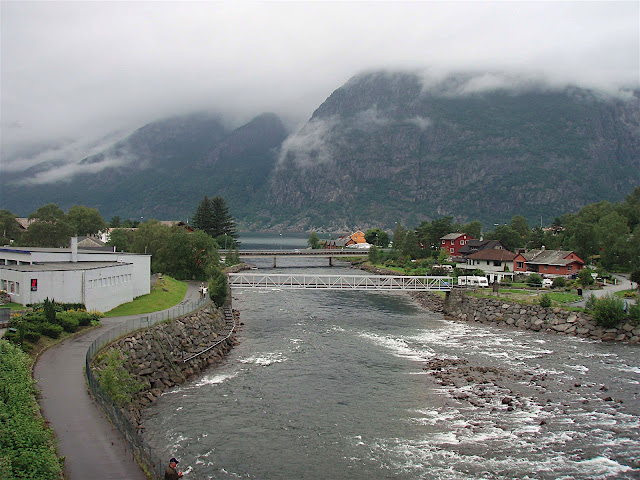 The view from a hill in Eidfjord, Norway when I was there in 2007.

Often I am indifferent about the Tour De France and road racing. I’m just not big on watching anything, really. But a giant tv with cable and free time has changed that this year. I wake up each morning and flip on the tv to catch the last hour or so. I’m actually learning racers names and teams! And watching the Norwegians kick ass has been a treat! I had the fantastic opportunity to visit Norway in 2007 when I went to Europe for the Norseman iron-distance race and Paris-Brest-Paris. 2011 is a ‘PBP Year’ as randos like to to say, and I gave serious consideration to getting out there again, but alas couldn’t make it.

Back to Norway and Norwegians. I don’t think it is a stretch to say that the Norwegians are the nicest people I have ever met. I think this comes across in their post-race interviews; they are so stoked and happy without being arrogant (like that green jersey wearing guy). I went out a week early for Norseman and scoped out Oslo a few days on my own and then with my close friend Max who came out to crew the race.  Norwegians have this pride in being friendly that is apparent soon after your first conversation. For example at Norseman I missed the cut-off on the run to finish on the mountaintop and the organizer hugged me! Not like an ‘oh it’ll be okay’ hug, but a serious embrace! I’ll never forget that. They are like the Norwegian terrain, super rugged. But it’s as if that ruggedness has taught them what it is like to suffer so they balance it with softness. Their socialized medicine and anti-lawsuits government is pretty good proof, if you ask me.

As I sit here stoked on bike racing and Norway, I’d like to share some of my photos from that trip. Enjoy! 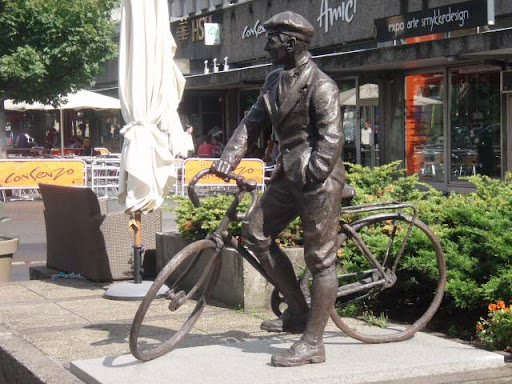 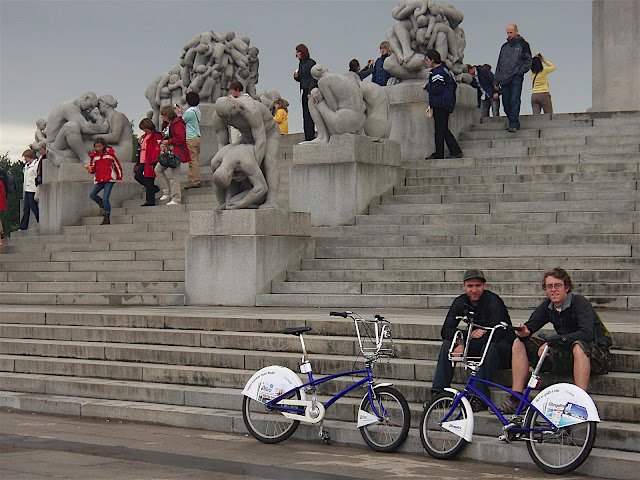 Even in 2007 Oslo had a bike-sharing program. We rode them all over the city including to the sculpture museum 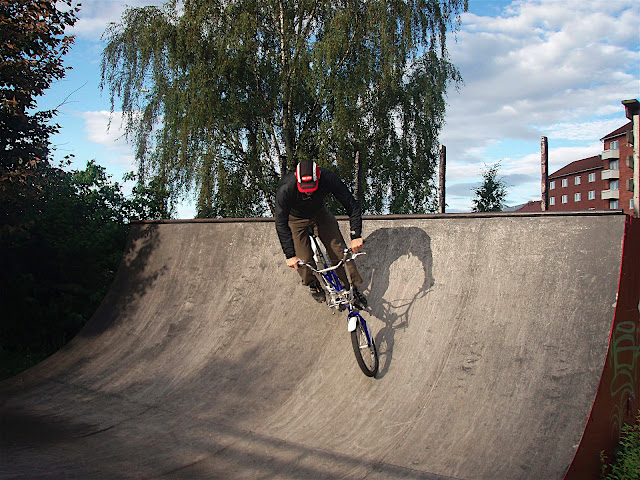 Even rode the public bike on a public halfpipe! Community! 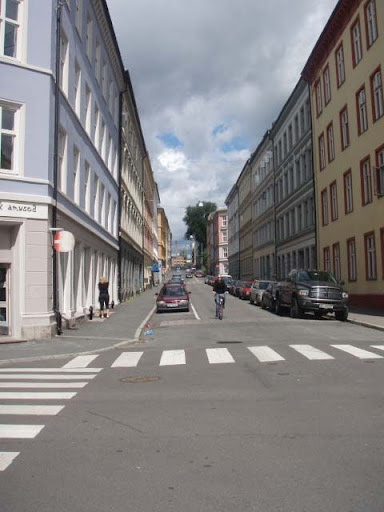 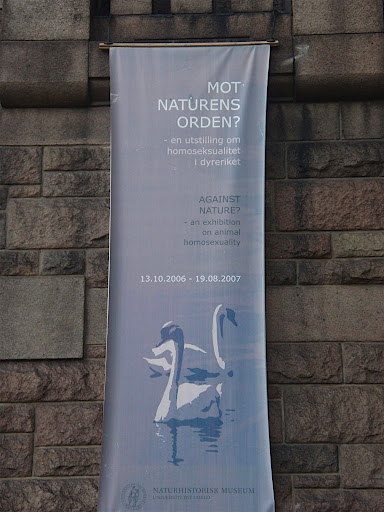 An exhibit about gay animals at the Natural History Museum. How cool is that? 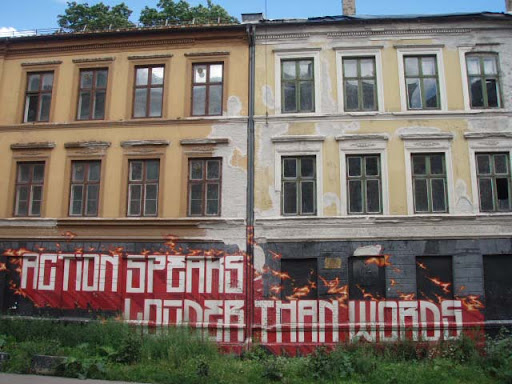 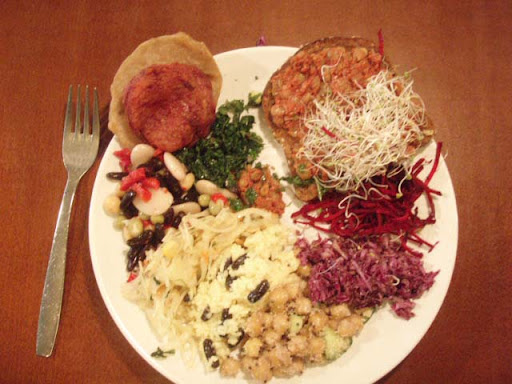 In Oslo there were a few totally vegetarian places including this buffet. 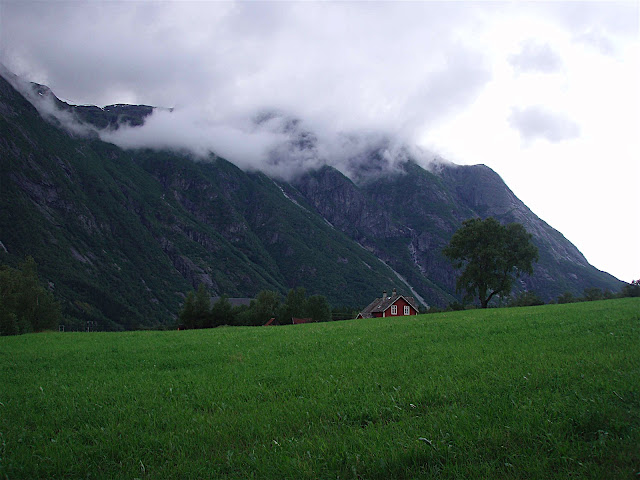 The world is beautiful. 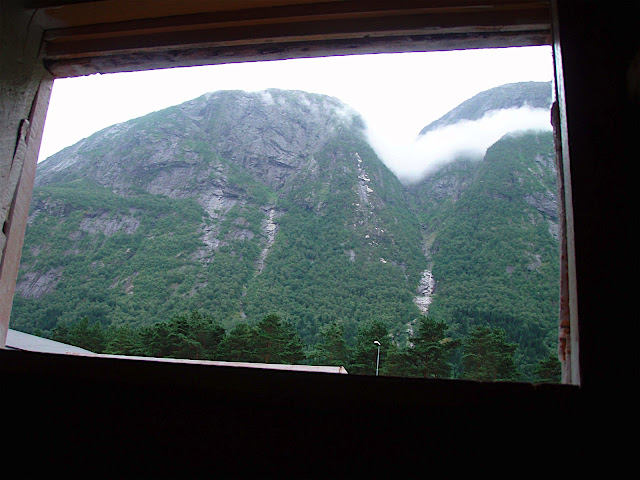 We got to Eidfjord a day before the community center was open for racers to sleep in so we slept in a shed behind a school. This is the view out the window when we woke up. One of my favorite photos ever.

My photos are public if you’d like to see more of the Norseman race or exploring Norway. I don’t think we’re going to see any Norwegians on the podium at the tour (personally I’m pulling for Cadel Evans because of his mountain bike background), but their impression on the 2011 Tour is undeniable.  If you’re watching, who are you pulling for and why?